Why Public Spaces are the Safest Investment for Secure Cities 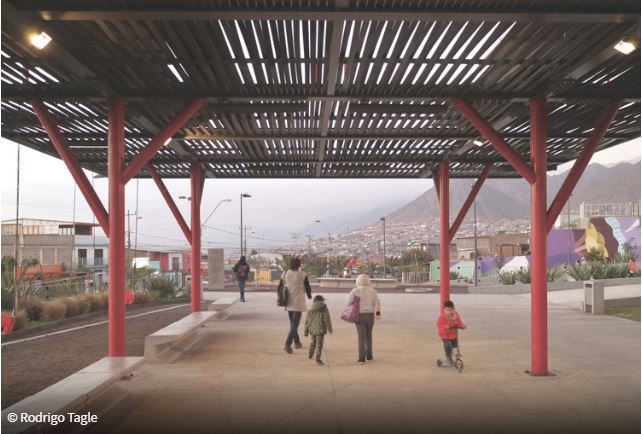 Architecture is powerful, and like nuclear energy, it all depends on how it is used. While it can create uninhabitable municipalities, it can also create safer cities that improve quality of life.

In various examples, urban design has provided a response to deteriorated or abandoned public spaces. It has shown that distribution and lighting are essential, but that it is also necessary to consider who will be using the space and how to make it an environment that generates community.

An example of this is the Dr. Antonio Rendic Plaza in Antofagasta, Chile. Below, some words from the architects. This square is part of the section plan Paseo Cerro A Mar, led by the organization Creo Antofagasta. It seeks to create sustainable urban growth for the city of Antofagasta through a master plan. The land presented was obviously deteriorated, it was a vacant space that became an unsafe area that lent itself to bad practices. However, it is located at a strategic point: at the intersection of two important avenues and at the junction of different neighborhoods. In this way, the project became a great opportunity to improve the public space. After several crowded citizen participation workshops, a design was reached that was in line with the neighborhood’s vision. The need for a space centered on a meeting place for multiple activities that allowed for environmental education, sports and recreation, and housing. It would be a platform to accommodate new groups and those already established in the population, including seniors, school communities, skateboarders, karate clubs, music groups, among others. 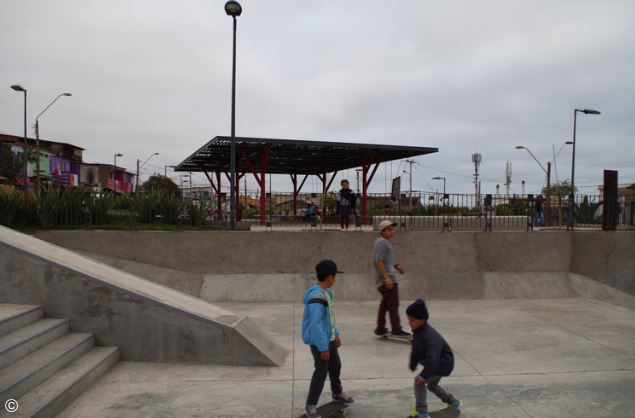 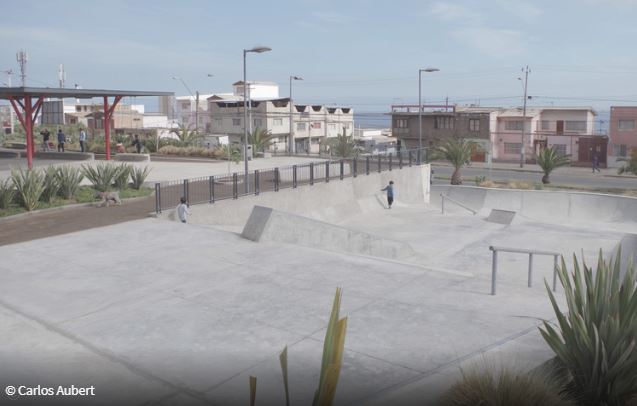 The design consists of a multipurpose central esplanade, shaded by a photovoltaic pergola, capable of supplying light to the entire plaza. Being located in the desert, the shade becomes very necessary to be able to inhabit the square during the day and not only during sunrises and sunsets. Different zones are distributed around this nucleus: a skatepark, a children’s recreational area, seating areas and viewpoints, pasture area and circulations, all contained by massifs with vegetation and trees.

As the plaza is located on a slope, for the accesses, two long ramps were proposed that cross the terrain in a transversal manner, thus the stairs were discarded, achieving a more accessible place. 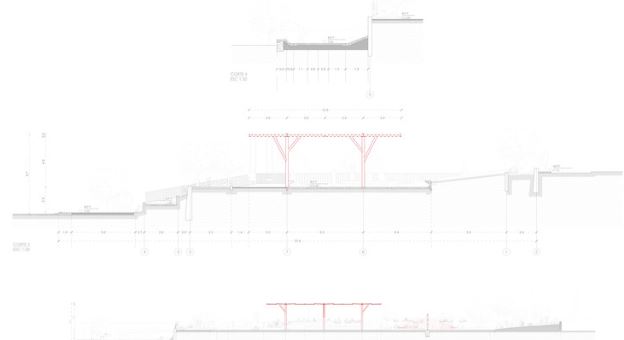 For green areas, we worked with native species from the northern part of the country for three reasons: low maintenance, ornamental value, and to value the plant heritage of Chile. 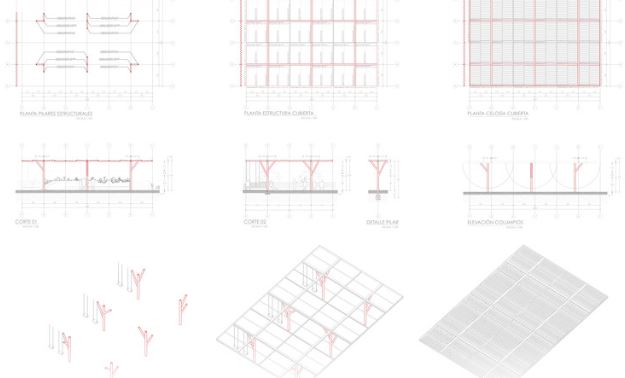 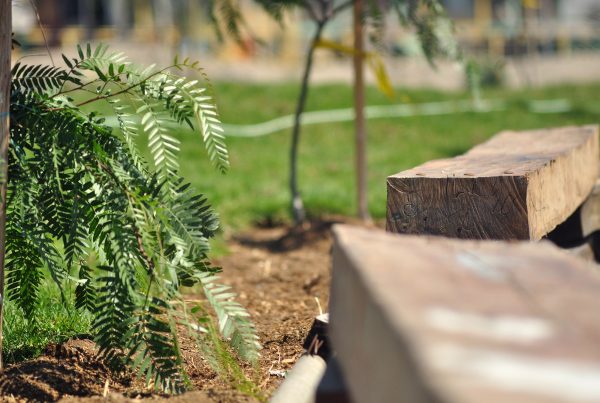